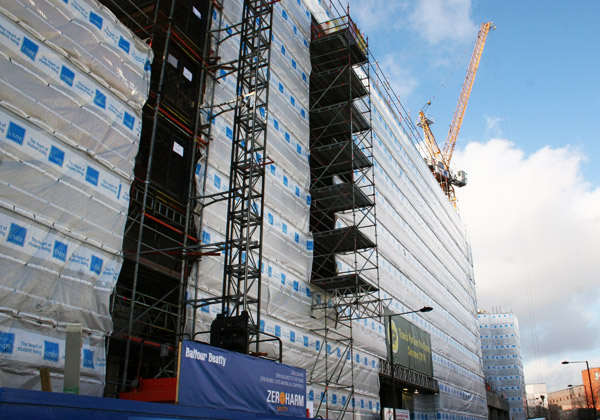 Karl Clinton and his team have erected over 8000 square metres of system scaffolding without incident and to the highest standards. The system scaffold used provided for high speed adaptions for the brick layer once the main scaffold had been erected.