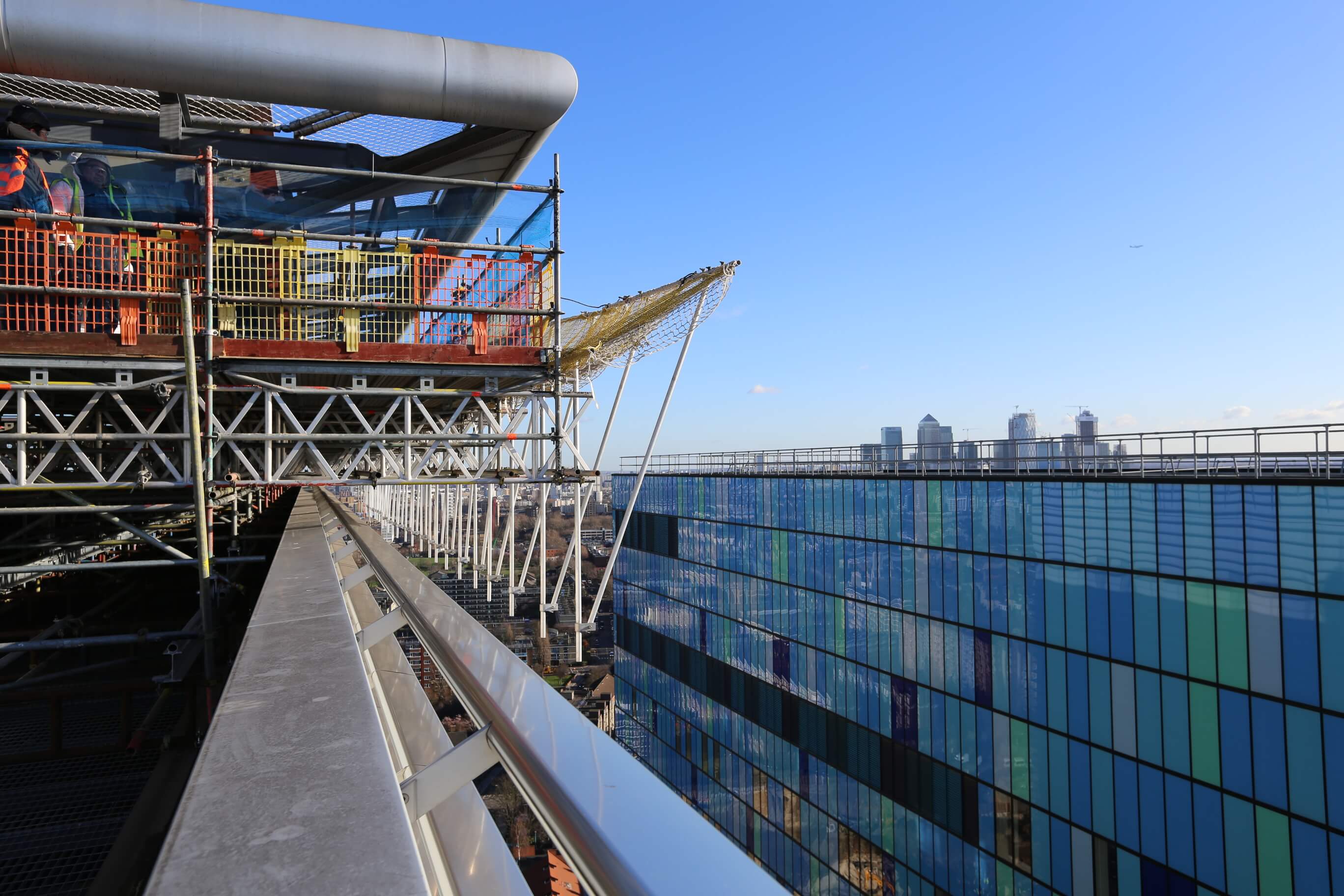 TRAD has continued their long-standing relationship of working for Skanska at The Royal London Hospital, as they provide the access solution for a 6-month maintenance and refurbishment project.

System scaffolding was the recommended solution, as installation was at a very high level – over glasses canopies – and the scaffold system reduced the number of components required. The system also fitted in the hospital lifts well, which meant the materials could be contained within the lifts, which was much safer than using a rope and wheel to raise/lower the 70 tonnes of materials.

The innovative TRAD Mini Catch Fans were also used to aid in reducing risk to the public when working at high-levels over emergency areas and routes below. The safety net fan is designed to catch falling objects rather than deflect them back into the building. Uniquely, the system can be installed manually, and without a crane, which was a huge benefit on this project.

There were a number of challenges that TRAD was faced with on this sensitive project. Firstly, as the scaffold was cantilevered out from under the iconic Royal London Helipad, this meant that work had to be paused every time a helicopter landed and took off. Secondly, due to the sensitivity of the site, loading out and removal was carried out at night so that the emergency and general access routes could be maintained.