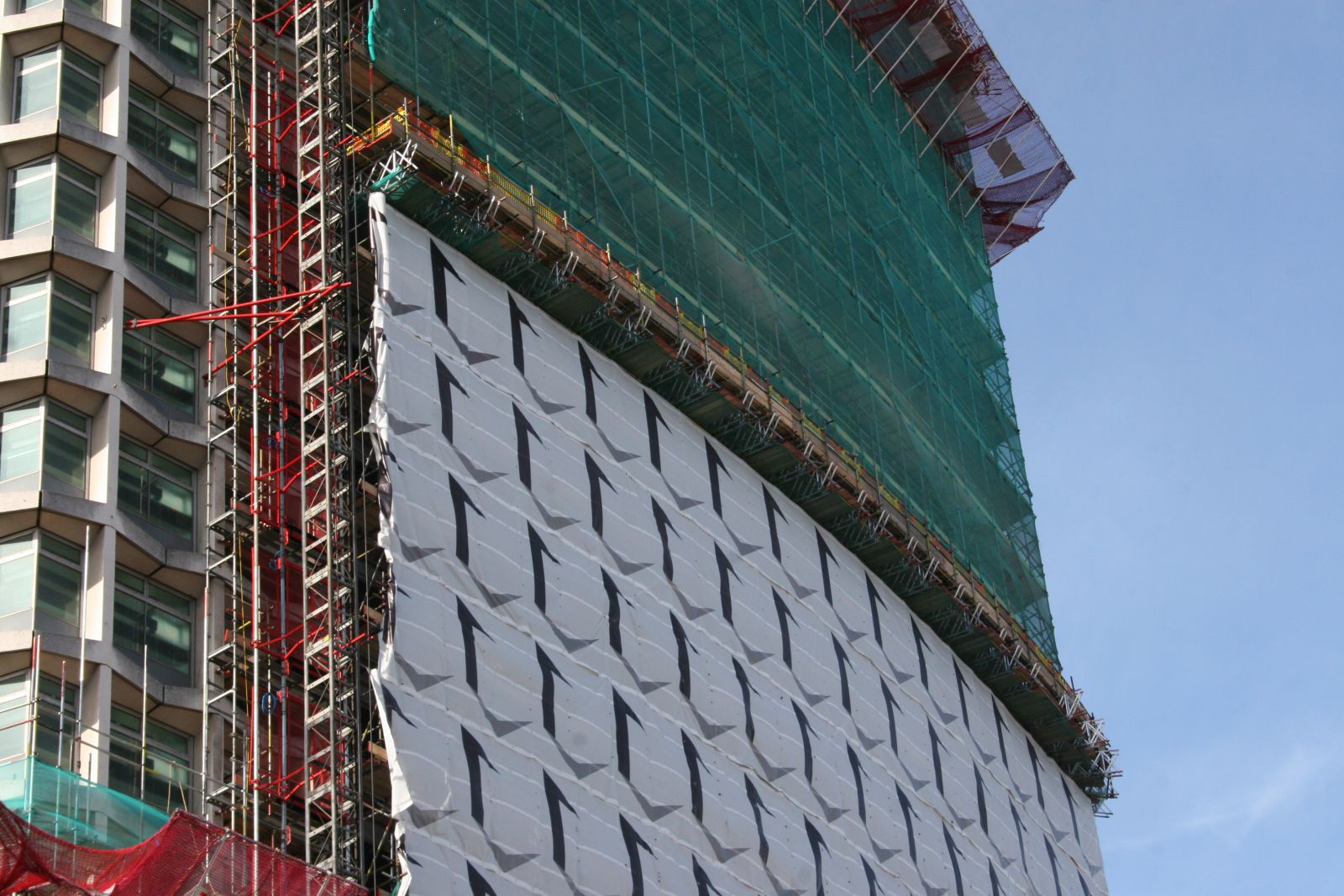 After many months planning TRAD finally start the erection of the cantilever scaffolds to Centre Point Tower.

This project is probably the most challenging scaffold project in London at this time, as the 12,600 square metres of scaffolding have to be erected in four cantilever sections over thirty three floors and all over one of the busiest junctions in Europe, not to mention a live Crossrail site 100m below.

To overcome these significant safety risks to both public and workmen below TRAD adopted numerous control measures including bespoke netted fans, secondary netting until the sheeting can be fixed, tethered tools and materials and netting to the underside of the beams to name but a few. The cantilever beams were also erected within the building on wheels and then pushed out when 90% complete to mitigate the risks further.

We would like to thank our operatives, led by Project Supervisor Kevin Hattersley, for their diligent approach to this difficult project.