TRAD Scaffolding has won a £1.5 million contract supporting the conversion of Leon House in Croydon.

Built in the 1960s, the 22-storey office building will be transformed into 256 residential apartments. As one of the foremost scaffolding contractors in the UK, TRAD was successful in winning this project because of their capacity, coverage and expertise in erecting large scaffolds safely, on time and within budget.

Award-winning construction company Bouygues is overseeing the ambitious project at 233 High Street. The exterior conversion involves cleaning the entire building, replacing the existing windows and removing all existing balconies. The ground floor will be given over to commercial space, and residents will have access to a new rooftop garden.

TRAD is using 700 tonnes of system scaffold on this project, and will install 1.3 metre Altrix HD beams over the low-level roofs. The design will also add back propping to the existing underground car park, to allow vehicle access and support the huge weight of the main scaffolding structure.

TRAD have the resources to take on a number of very large projects concurrently, and are set to erect 14,500m2 of scaffold at Leon House in just 70 days. During the installation, the on-site Tesco and Turkish restaurant will stay open for business. As TRAD Scaffolding’s Divisional Director Chris Smith commented, “It’s very important to the businesses based here, and to us, that they can get on and trade with the absolute minimum of disruption while we carry out the work.”

TRAD Scaffolding and MTD Midlands are part of the TRAD Group of Companies. The TRAD Group have a nationwide coverage, ensuring that they have the capability to build many large, complex projects simultaneously. They currently hold over 19,000 tonnes of system scaffold, in addition to 66,000 tonnes of traditional Tube, Fitting and Boards – equivalent to more than 6,700 London Buses. No other UK scaffolding contractor has TRAD’s capacity and level of equipment. 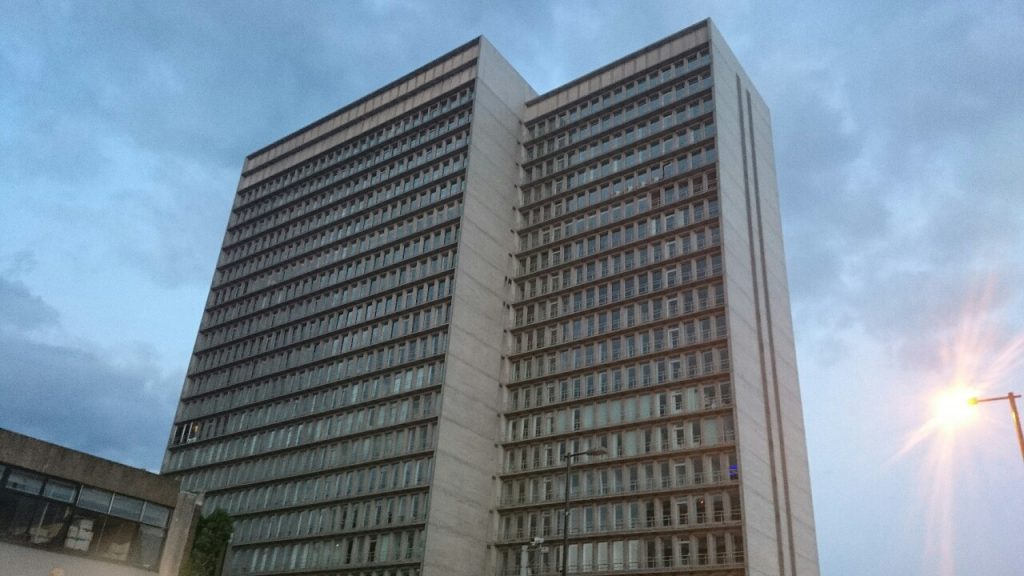