TRAD Scaffolding has been awarded a £1.93 million contract for the restoration of Trellick Tower, which is one of london’s most iconic residential blocks. This scaffold package is the largest Wates living space has ever awarded to a single subcontractor. TRAD was chosen because they are one of the foremost scaffolding contractors in the UK who have the coverage, capacity and expertise to complete the works safely, on time and to a very high standard.

Scaffolding this landmark 120-metre high building (including the communications mast) requires a unique approach. TRAD’s Design Team and Contracts Staff worked closely with Wates to create a design concept unlike any other, using 21,000m2 of Plettac Metrix System Scaffold (exclusive to the TRAD Group) to create the vast scaffolding structure.

For instance, large spans of bridging are to be installed over the low level roofs and balconies, comprising of 1.3m Altrix HD Beams, and with space at a premium, the team will build twin hoist run-off towers to raise the 800 tonnes of materials. The design will also add back propping to the existing underground car park, to allow vehicle access and support the huge weight of the main scaffolding structure.

TRAD decided to use Plettac Metrix for Trellick Tower because the revolutionary ring based system enables rapid and safe erection of very complex structures, such as this large Grade II listed building. Indeed, if you want speed, safety and flexibility, Plettac Metrix is strongly recommended for all scaffolding operations, including listed works, refurbishment projects and building inspections. It is a CISRS approved system, and NASC compliant.

Trellick Tower, located in Kensal Town, is set for a major external transformation. It was designed by Hungarian Modernist architect Ernö Goldfinger and built in 1972 as part of the Brutalist movement. Wates plan to preserve the historic 31-storey tower, which has appeared in numerous films and music videos, with minimum disruption to residents. The £7.2 million restoration will include replacing windows and restoring balconies on all 217 flats. The concrete will also be reworked, and the entire building cleaned and refurbished.

“Plettac Metrix has once again proven to be at its best when challenged to overcome unusual shapes and sizes – and all within the 20-week project timeframe,” says Peter McShane, TRAD Scaffolding’s Divisional Director.

Peter also explains, “Plettac Metrix has many advantages over other ring based systems, such as its unique divisibility, which allows bay lengths to be completely divisible by one another. This divisibility means it’s far quicker to erect than other scaffolding systems. The versatility, time saving and excellent safety features, such as unique perforated steel decks with built-in lifting handles, windlocks and anti-tipping devices, as well as the optional Permanent Advanced Guardrail makes this scaffold system second to none.”

Plettac Metrix is proven to be significantly faster to erect than all other ring based systems but even more so compared to traditional Tube & Fitting Scaffolding, making it the best choice for cost effective, rapid access solutions. 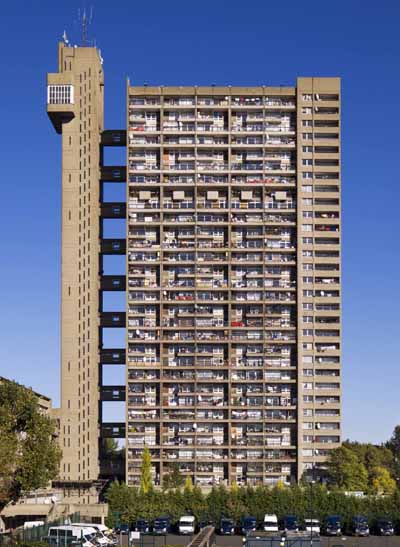