TRAD UK’s Des Moore says he is pleased with the progress made by the organisation in his two years as President and says there is more to do to bring the industry on board.

After two years in the role of President of the NASC, and four as Non-executive Director, Des Moore handed over to a new President at today’s AGM.

The early change comes as Des’ business, TRAD UK, requires his full attention due to the illness of one of the company’s MDs.

In his speech, Des thanked the staff and members of the NASC for their support during his term, saying that it had opened his eyes to the concerns of smaller scaffolding companies and the need to be more inclusive, diverse and welcoming across the industry.

“I think there are a number of challenges ahead for us all,” said Des. “Clearly there is no decisive outcome on Brexit, and we are in the middle of a general election cycle that is also uncertain. We still don’t know what the effects of these political decisions will be on our industry … so it is particularly important that the NASC supports its members and that we support each other. As a united industry, we can stand together and weather whatever might come our way.”

Des also updated the members on progress made against the pledges he made when he took on the Presidency in 2017. These included increasing the representation of women in the industry, rejuvenating the NASC’s regional meetings and encouraging younger people to take part in setting the direction of the organisation.

“The new formats we have introduced to the regional meetings have made them more engaging and that’s encouraging more members to come along and take part, which is exactly what we need. There are now more women involved both in the wider scaffolding industry and in the NASC in particular. And we are succeeding in bringing younger people into the organisation and encouraging them to engage and contribute at all levels,” Des reported.

“There is still work to do in improving the perception of the NASC across the industry,” he added. “We have a huge role to play in giving our industry the best possible reputation and I’d really like to see a continued effort from all members to work together.”

Lynne Way, Company Secretary and Financial Manager at Chris Sedgeman Scaffolding Ltd, became the new President of the NASC at the AGM. 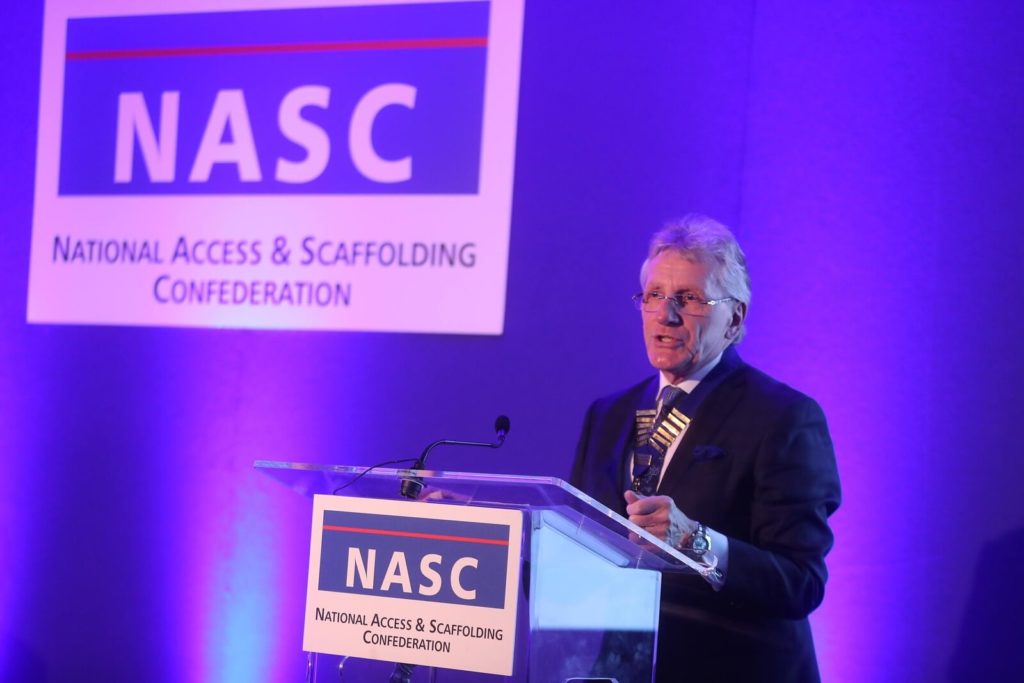