‘I just burnt out’: Industry CEO on overcoming a mental breakdown

Des Moore, TRAD Group CEO and President of the NASC, highlights his role in establishing a more proactive and supportive set of processes to help employees within the Scaffolding and Construction Industries with mental health issues.

Many of you will have seen the Mind Matters campaign which Construction News has been running since January. The publication launched an industry survey which found that one in four respondents had considered suicide. That’s an alarming statistic. Further research showed that mental health issues accounted for a third of the construction industry’s absences.

TRAD Group CEO Des Moore speaks to Binyamin Ali about the mental breakdown he suffered as a 26-year-old and the lessons construction can learn from experiences like his.

“For at least a month, there were days I just wouldn’t get out of bed and try to face the day,” says Des Moore, TRAD Group CEO and president of the NASC.

He’s telling me about how, at the age of 26, he suffered a mental breakdown.

“The only reason I got through it as I did is because my wife Debbie fully supported me and managed to get me through it,” he recalls.

Mr Moore has come a long way since this difficult experience. We meet in his office on the seventh floor of Bank of America House in Bromley, south London, where TRAD is based.

For a long time, only a handful of people knew about this period of his life because, in construction, you just don’t talk about this sort of thing – especially if you’re ambitious. “I kept it to myself because I think it was always [the case] – and still is now – that people would actually perceive it as being a weakness, and a barrier to you being promoted to a senior position where you end up with a greater level of responsibility,” he explains.

“In fairness, I probably haven’t felt like that for the last 10 years.”

In at the deep end

Perhaps unsurprisingly for the CEO of a major scaffolding contractor, Mr Moore started out as a scaffolder himself.

Having learned the ropes, he decided he was ready to take up a position with more responsibility and started looking for opportunities to retrain.

This led to a role as a supervisor.

I don’t think I was even a trainee supervisor; I became almost like an instant supervisor and was given a book, a big A4 diary with about 40 men in it,

What level of training had he received before being given the job? “None,” he laughs, as if bemused by the recollection.

Mr Moore spent two weeks with the supervisor who was leaving the role. He was then told who his contracts manager was, and that was it. His responsibilities included supervising works, arranging equipment and – most importantly – paying the wages of the 40 workers under his watch.

The year was 1982 and at the time, pay was determined day-to-day. Mr Moore would assess the work everyone undertook at the end of each day and pay them accordingly.

“I ended up with many situations where the men believed they should have been paid more than what I did pay them,” he says. As a result, there were at least two occasions where he was chased around a site by scaffolders holding tubes.

Despite these incidents, he kept his head down and refused to shirk his responsibilities. “Eventually, with the work pressures, the level of work and no support, eventually I just burnt out,” he says with an apologetic shrug.

“From what I can recall, I actually just one day left the car and the keys [and] went home. And I just froze. I couldn’t do anything.”

Mr Moore was dating his future wife Deborah at the time but still lived by himself. “She came and got me. I think I was somewhere up in the city. I didn’t even know where I was, I couldn’t remember now,” he says, racking his memory for details. “[Debbie] came along with a friend of hers and I remember them taking me to get some treatment.”

His recovery would take six months.

A catalogue of support failures

As we discuss what he went through during this time, one thing becomes clear: he believes the root cause of his breakdown was the lack of support available when he started the role.

“It was a clear example of just giving someone a position with no training that they couldn’t actually cope with, [and with] no support mechanism. And they must have seen the signs clearly,” Mr Moore says.

We had some sort of informal training, but it was a very pressurised position. I wasn’t given any real support with it. I had to no mentor, so to speak.

Only one person from the company went to see him while he was unwell – a contracts manager who Mr Moore credits, along with his wife, with getting him back on his feet.

In the early 80s, HR departments – if they existed at all – were a far cry from those in place today. But the lack of an HR programme to help him back to work was not the biggest issue, Mr Moore argues. “That would have been irrelevant to some extent anyway. It was really the support mechanism that should have been in place when I was appointed.

“I was brought up in the East End [and the job] was in Twickenham. You could have put me in Johannesburg for everything I knew about Twickenham. So I had an area I knew nothing about, men I didn’t really know, a very brief handover, a very difficult job calculating wages for people who had been there for quite some time, with a set of money that maybe hadn’t been supervised correctly.”

When he was finally fit to return to work, he initially went back to work for a brief stint before moving onto a number of other scaffolding companies, joining Trad in 1991.

At the time, Trad was under the stewardship of founder Hayden Smith, who Mr Moore credits with instilling an “unstructured” but important support mechanism and open-door policy in the company.

Mr Moore would go on to become managing director of Trad’s scaffolding business in 1997 and CEO of Trad Group in 2011. During the early days of his reintegration, however, he had to develop his own coping mechanisms to deal with the pressures of work. “When I eventually got better and started another role, I convinced myself that I would do my absolute best to do the job during the course of the day.

“And then if I got home and it had all gone wrong, [there was] nothing I could do,” he shrugs with a smile. “I had done my absolute best. And that’s the same advice I’ve given to a lot of people that I’ve employed since: just do your absolute best.”

Adding to his role as CEO of Trad, Mr Moore became president of the NASC in 2017.

Determined to help reverse the idea that mental health is not something you talk about in construction, he used his speech at the NASC AGM in November last year to discuss the breakdown he suffered as a 26-year-old.

“I felt it would be appropriate given that I am president of the NASC and it’s a big industry issue,” he says. “I have got to this position and I had a serious mental health incident many years ago – it hasn’t stopped me.”

Since his speech at the AGM, there is now a greater awareness of mental wellbeing among senior staff at Trad, Mr Moore says, and this is being communicated to middle and junior management teams as well.

Is he now happy with the level of mental health awareness and support currently in place at Trad?

“No,” he answers frankly. “I think we’ve got good support but I don’t think it’s anywhere near sufficient and there’s work to be done, same as with any business.”

He’s keen to impress upon me that establishing awareness and support can be very straightforward. It can be a few words of encouragement, reassuring someone that a mistake they have made does not mean the end of the world, or it could be asking someone how they’re doing and listening to their response.

What businesses should not do, however, is take an off-the-shelf approach.

“Not every company is going to have a CEO that’s had an experience, but you certainly should have something that’s actually bespoke to your business and you embrace and roll out through the whole business.”

Addressing and improving mental wellbeing requires engagement from both ends. An employer can do everything possible to create open communication channels, but staff have to be willing to engage with them.

One challenge is that many people – particularly in construction – put off going to the doctor for even physical pains, let alone mental health problems.

Mr Moore again has first-hand experience of this: seven years ago his former CEO hounded him into getting a physical check-up because he wasn’t looking his best; an angiogram revealed two blocked arteries which required a quadruple bypass.

He believes engagement can only be achieved through staff buying into the idea of mental wellbeing. “In our business, if I develop a policy, the only way I’m going to get any traction with it is through the people I work with taking it forward. If I had two individuals who don’t buy into it, I would consider it my job to properly explain and get them to understand why it’s important that we do it. It becomes the job of the person in the senior position to explain it to people.”

Now 61 years of age and part of an industry generation considered out of touch by some, Mr Moore’s willingness to speak openly about mental health is encouraging.

It should just be something you’re doing on a consistent basis because, ultimately, it’s just good business. That’s it. 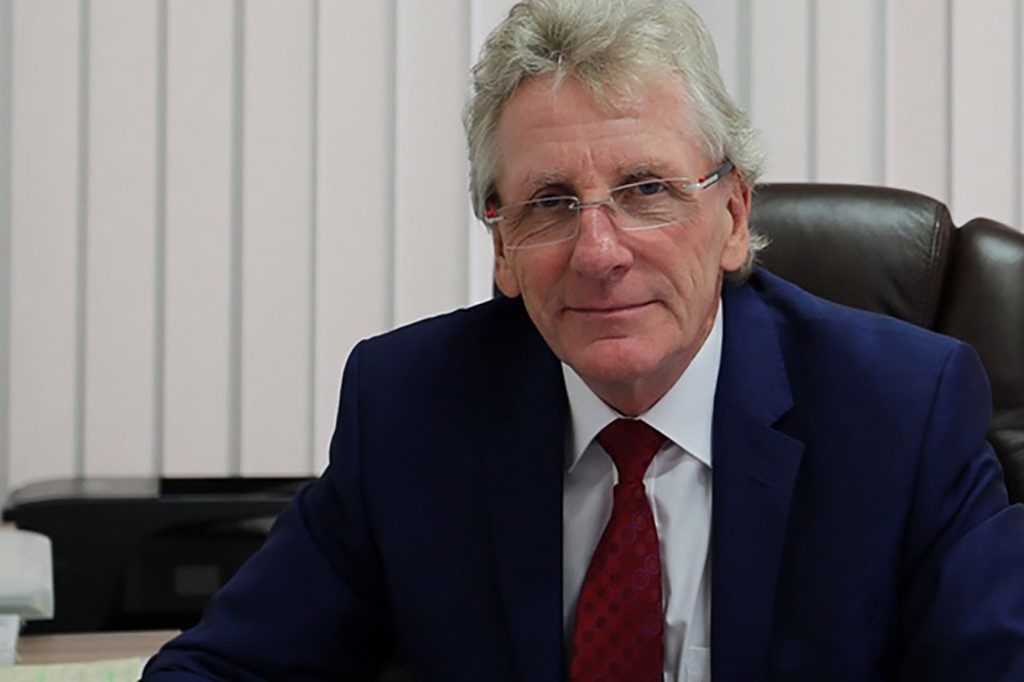