Gordon Vandrill is a strong and healthy young man with a smile that never seems to fade. He projects a ceaseless positive energy. His inspiring ‘mind over matter’ story started on 4th August 2009 when, after losing control of his car, Gordon crashed. He was trapped inside the car for 90 minutes. The fire brigade had to cut his vehicle into pieces to free him. When in hospital, the full extent of the damage Gordon’s body had endured was revealed.

Although it seemed impossible, neither medics nor Gordon gave up. After operating through the night, there was a glimmer of hope. However, it was just the beginning. Gordon was in a coma for two months and went through many more operations. yet despite everything, even losing his leg, he is now standing here, full of enthusiasm, telling HETComms about mountaineering and how he enjoys his scaffolding job.

It took two years of physiotherapy for Gordon to walk again. After taking his first steps he never looked back. Pushing himself further and getting stronger every day, after two years, he was ready to get back to work. But just returning to work wasn’t enough. Gordon needed a bigger challenge and found it in a mountaineering expedition in the Atlas Mountains, Morocco. Through Pain and long after his body wanted to give up, Gordon finally saw the summit! They made it. The relief, the joy, feeling on top of the world.The base camp for the Atlas Mountains is 3,200m above sea level, far higher than Gordon had climbed before. After successful training day, the first challenge was Jebel Ouanakrim at 4,088m and right after that, the highest peak in the mountain range, North Africa’s highest, at 4,167m above sea level. This was what Gordon signed up or, but in the morning of the climb he didn’t feel too optimistic: “I was aching and feeling sick, I really didn’t think I could make it, but I went for it.”

Gordon Refuses to slow down and is already planning his next adventure. 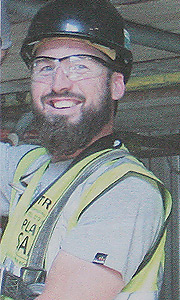